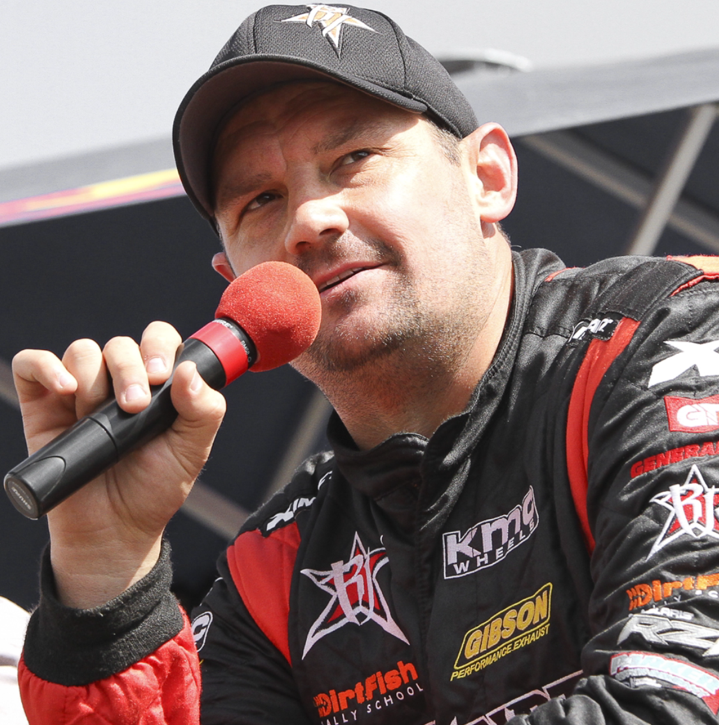 Jim Beaver grew up knee deep in the racing world. He came from a long family line of racing, whether it be on land or water, wheels or not. Jim’s great grandfather Dan was an accomplished horse racer. Jim’s grandfather Marion is a multi time national hydroplane boat racing champion, and a multi time world record holder. He has also been placed on the APBA Honor Squadron, which is the highest honor given to boat racers. Jim’s father Dan, is a 30-year veteran of class 8 off road racing and competed at the pinnacle of the sport for many years against its biggest legends before retiring. An accomplished racer in his own right, Jim has been a winner in every class he has competed in. While he is still fighting for that first elusive Trophy Truck win, he has taken 2nd 2 times in the division getting ever so close to cementing his legacy as one of this current generation’s stars. Holding a business and marketing degree, Jim is the mastermind behind The Down & Dirty Radio Show. With a racing career that has seen him in front of the camera and lenses more often than not, hosting his own live radio show was a logical evolution in his career. He has grown the show into the #1 action motorsports radio show on the planet and is now in national syndication on networks across the United States. Always searching to give his industry partners dynamic forms of public ity, The Down & Dirty Radio Show has become the place to go every Tuesday morning for the top interviews and stories in action motorsports. The show has grown so large that it has already had spinoffs, including GRC Live Radio, Rally America Radio, and Terracross Radio, that are hosted by Jim Beaver and air trackside from events all over the country. Also an accomplished announcer/emcee/TV Personality, Jim Beaver has worked in various capacities for Global Rallycross, Rally America, Best in the Desert, Terracross, the Mint 400, Polaris, the UTV World Championship, and various other events and organizations doing hosting, play by play, and color commentary jobs over the past several years on television, online, and at live events. Between his off-road career, media work, and the world’s #1 action motorsports radio show at his fingertips, Jim Beaver has become a force in the action motorsports industry and is always on the bleeding edge of providing partners the most dynamic solutions in exposure.

Jim Beaver, the Down & Dirty Radio Show, and his various media and racing properties are supported by Polaris RZR and Gibson Performance Exhaust. Alongside his racing and radio commitments, Beaver is also an accomplished live and television host, most recently handling on-air duties for the 50th Anniversary Polaris RZR World Championship Off-Road Races at Crandon International Raceway and the Lucas Oil Off-Road Racing Series. He also owns Jim Beaver eSports, an eNASCAR PEAK Antifreeze iRacing Series team that made its national television debut on the NBC Sports Network earlier thi summer, and produces and/or distributes 9 different podcasts for various hosts to his ever growing automotive podcast network.