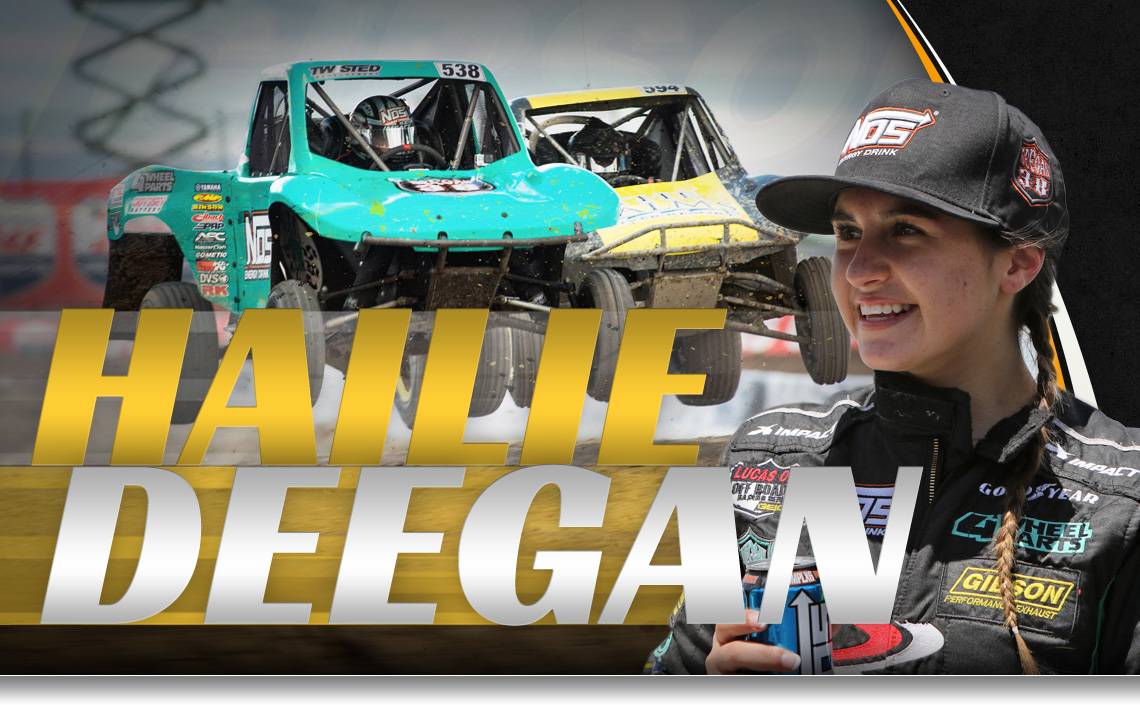 Hailie Deegan, daughter of famed X Games and off road phenomenon racer Brian Deegan, has been racing since she was eight years old – and has found success from the start. At just 13 years old, Deegan competed on the Lucas Oil Off Road Racing Series in the Modified Kart class. She was the first female to the podium, taking first place at Glen Helen Raceway. A few short weeks later, Deegan again found her way to the podium, this time scoring a third place finish at Lake Elsinore. In 2015, Deegan collected a series Regional Championship, seven Regional podium finishes and five Mod Class National series podium finishes. Deegan has since found her way to other racing series, committing to each opportunity and aggressively looking for the next chance to take the track.

In her spare time Deegan enjoys hanging out with her friends and enjoying quality time with her family. Deegan looks up to her Dad because he succeeds at everything he puts his mind to.