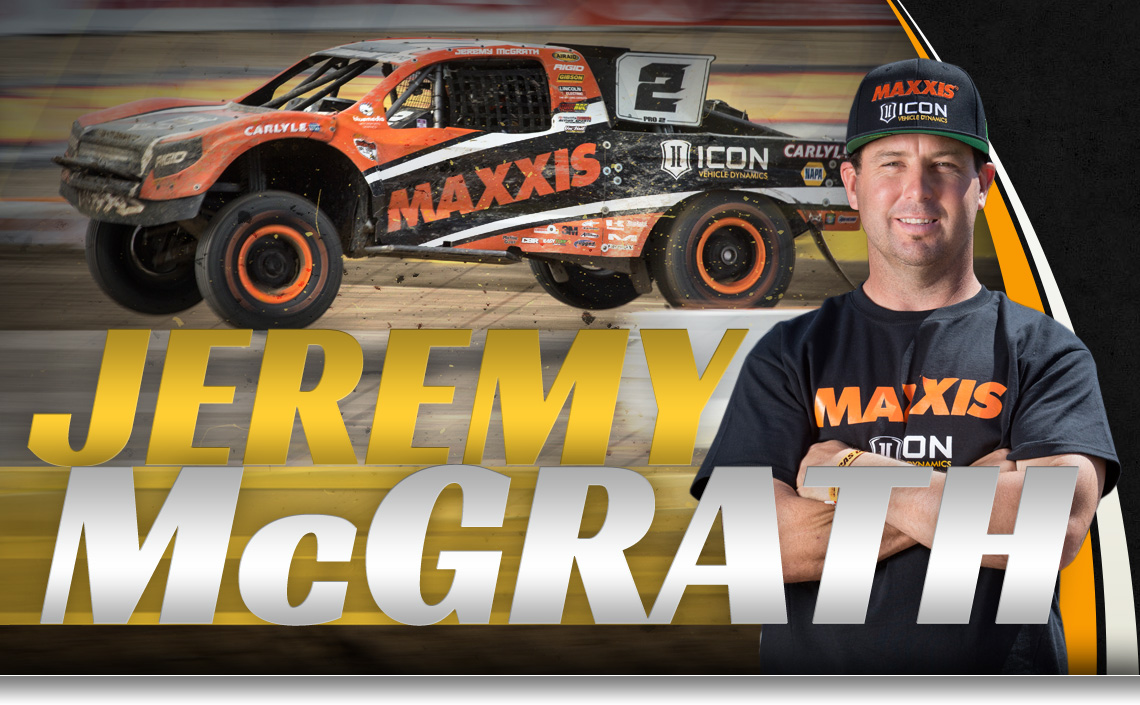 With seven Supercross titles - a feat no other racer in Supercross history has even come close to, two additional 125 Western Region Supercross Championships, one 250 Outdoor National Championship and two FIM World Supercross Championships, most within this spectacular sport feel Jeremy McGrath helped catapult the sport of Supercross into the mainstream. Truly the most successful rider in AMA Supercross history, with a record 72 250cc Supercross wins, the dirt bike racing icon retired from the sport he helped shape in 2003, only to return in the 2005 season to race select events throughout the 16 week pro Supercross season. Now Jeremy McGrath races in the Pro2 class of the Lucas Oil Off-Road Racing series where he’s a force to be reckoned with. His aggressive style on the short course, seems to suit him well resulting in podium finishes about the high horse powered, Gibson equipped race truck.
Prev
Page 1 of 1
Next
Slideshow