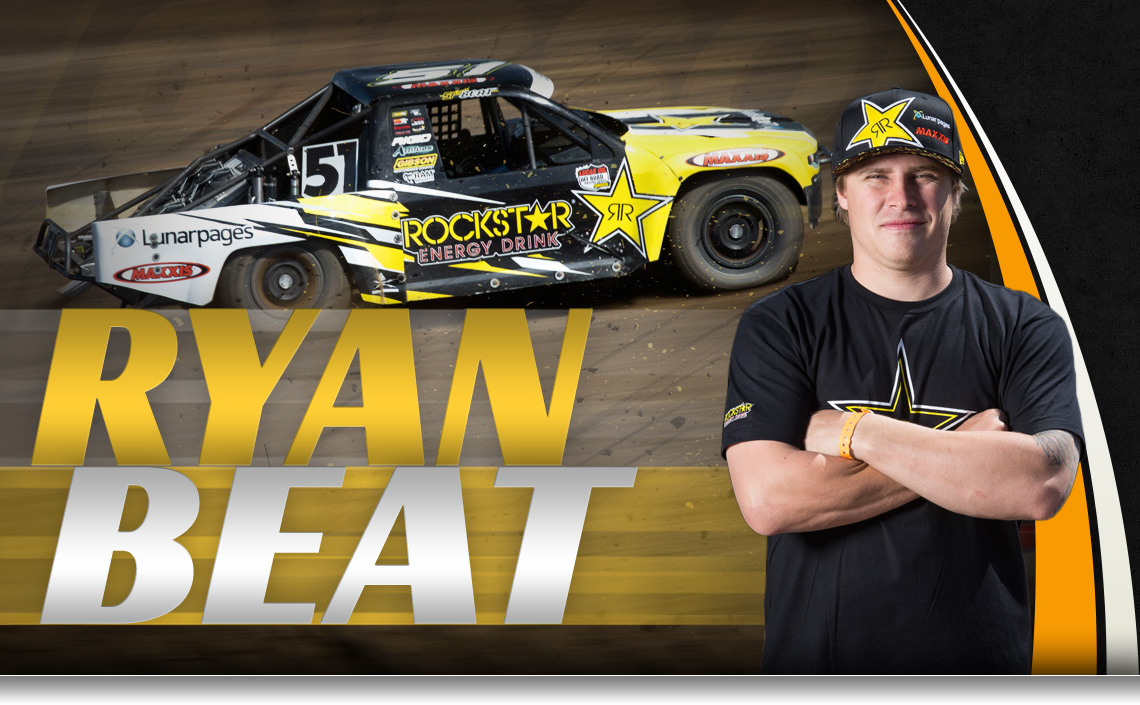 With just five participating years in the Lucas Oil Off-road Racing Series (LOORRS), Ryan Beat has managed to win the support of thousands of spectators nationwide, and inevitably sparked equal attention from the industry’ s leading sponsors. At just 28 years old, Beat’ s vivacious spirit and impenetrable work ethic have put the ‘ 51’ (Beat’ s signature racing number) in popular demand, and rewarded him an already admirable career as he goes in to year three of being a Team owner and driver of the Rockstar Energy backed Ryan Beat Motorsports (R/BM) Team. Beat’ s love for gold started on motorcycles, where he stole over 12 amateur championships and spent five years racing AMA supercross. He later retired his glory days on motorcycles after a devastating injury. Although, his passion for winning certainly did not end there. Beat immediately transitioned to racing a Trophy Kart and, despite a recent injury, he gracefully managed to take third place at the Trophy Kart World Championships. That following year, after collecting another 10 podiums with an impressive 8 wins, “51” ventured to the LOORRS series.The short-course racer attained immediate success in the LOORRS series, earning over 22 podiums, including back to back Challenge Cup podiums, and his first career win at the Wildwest Motorsports Park in Reno, Nevada in fall 2012.Beat continues to make a striking impact on the automotive industry, whether it be a captivating performance on the race track or his diligent labor building his own race team and equipment from scratch. This hands-on racer has shown trail blazing success, extraordinary talent, and brought an indisputable excitement to the LOORRS series.